(I’m supposed to be working on something more productive, but to get back into my writing flow, I thought I’d do a blog.)

I am reserving judgment on the Sotomayor nomination until I know more, but here are two things that trouble me so far:

1. The appearance, at least, that her pick had little to do with jurisprudential qualifications and more to do with identity politics.

This is one of the pernicious effects of affirmative action. In our PC/affirmative action culture, we tend to see the achievements and promotions of minorities as a consequence of affirmative action policies instead of individual diligence and talent. This undermines these very achievements. Justice Sotomayor might be supremely qualified, but her pick will likely always be seen as one based on group identity. If, however, she becomes an exceptional justice, showing great legal prudence and wisdom, then we’ll forget the identify politics (as, I think, we have done with Justices Marshall and O’Conner).

Part of this is the fault of the Obama administration. They made it fairly clear that they wanted to nominate a Hispanic woman from the start. I have no issue at all with a person of any gender or ethnicity serving on the court; I do have an issue when that becomes the very thing that makes them qualified.

2. From what I’ve read so far about Sotomayor, she’s not the kind of justice that I’d like to see on the court.

I should note, of course, I’d be surprised if the Obama administration (or a GOP administration) picked a justice that would be even close to my ideal. What is my ideal? A justice who starts his or her legal reasoning from the premise that the US Constitution is a document whose sole purpose is to protect individual rights by setting out what limited powers the government can exercise. Sotomayor does not seem to have that idea in the least bit (but, to be fair, nor do most of the current serving justices either).

Her most famous case had to do with the MLB strike, in which she sided with the players. Two other cases she preceded over, much discussed now, are Ricci v. DeStefano and Didden v. Village of Port Chester. Ricci apparently affirms so-called reverse discrimination. Didden further erodes property rights after Kelo (and almost makes Kelo look reasonable). Quoting legal scholar, Richard Epstein: “The case involved about as naked an abuse of government power as could be imagined” (Forbes).

Neither case fills me with any confidence that Sotomayor understands the constitution as a protector of individual rights and limitation on government power. I hope I am proved wrong.

Two informative pieces on Sotomayor’s nomination:
Sotomayor Pick Not Based on Merit
The Sotomayor Nomination 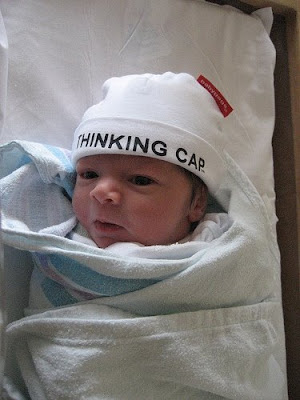 I'm pleased to announce that my paper proposal for the International Association for the Philosophy of Sport conference has been accepted!

Some initial thoughts on the Manny suspension: